Learning why the Girl Played with Fire

As usual, I left a fad pass me by. For one reason or another, I refrained from reading the Millennium series back in 2010 and I never rode that wave with the rest of the world. Quick on the uptake, I am now currently expanding my literary pop culture and I have succumbed to Stieg Larsson. Larsson, you sensational writer and taken much too soon, I have a bone to pick with you. The Girl With the Dragon Tattoo took me not 2 weeks to finish, not even a year to finish but almost a YEAR AND A HALF. In that space of time, I did move country and have three jobs but A YEAR. Come on, Stieg. In absolution, however, I finished it, moved home to Ireland and began the second in the Millenium Series. It took me two days. Two. Days.

I am not sure if I speak for all avid readers but the first instalment in the series, yes, used many of the common crime thriller ‘who-done-it’ techniques. Like burdening the reader with insane jargon of a mysterious family that occupy an entire island. (Crikey, that was a mouthful) Reminiscent of an Agatha Christie novel he relayed meticulous descriptions of each and every member which may or may not feature in the novel and left me exhausted yet made me realise I don’t even know my OWN family in such depth. It was at that point I put the book down and started on the rest of my bucket list, however, I wish I hadn’t. I had just put it down on (unbeknownst to me) the most crucial part when Salander joins Blomkvist on his quest for the truth. I must admit, upon returning to it 9 months later, I began to understand why these novels achieve such acclaim. The way Larsson tells a story is like dozing in the morning sun in summery Spain and then suddenly waking to 40 degree heat and all hell breaks loose because you’ve turned into a hot burning mess.

What I enjoyed about The Girl Who Played with Fire, is that Larsson did not spend time repeating much of the first novel to an unknown reader but rather tied the important facts of each character seamlessly and from the get-go the novel took off on a completely new topic, as gripping and as filled with twists and turns as the search for Harriet Vanger in Millennium |. Rolling like a long-distance 1940’s steam train. This thriller moved steadily along, rushing at moments, but all we have to do is put all trust in Larsson, the driver, to take us to a satisfactory destination.

Literally. As Boyd Tonkin  said Lisbeth Salander “is the most original heroine to emerge in crime fiction for many years…” Independent. And he is utterly correct. To be expected Larsson weaves you into a web of characters once again and there were times I got a little lost within all the Swedish names. But, my god he captured me from start to finish. I could finally understand why these books had become a page turner for the masses.

Our Salander The Misfit

Lisbeth is a harrowing heroine that is the driving force behind this series (hence the title) A ruthless young woman with a hidden agenda of her own aspires readers to take the law into their own hands as she does so well. From a stylistic point of view Larsson has created a dominant character that is removed from one third of the book.  He left both the readers and his characters guessing for over 130 pages as to what could possibly be happening with Salander as the last we heard of her she was standing in a soon to be crime scene which amounted in two murders. This is a testament to the strength of his writing and his conjuring of such a powerhouse, yet vulnerable character of Salander. Like Blomkvist, we want to believe Salander is innocent but is murder completely out of character? I found myself returning to the last moment we see Salander, sitting having coffee with Johansson and Svensson to see if there is any clue whatsoever as to why she would be now charged with murder. And that begs the question of Zala. An apparent sub plot from the beginning that shocks us all by the end – the real reason the Girl Played with FIRE. But I am not interested in spoilers, I am more interested in what you think!

As a whirlwind of originality, albeit time consuming, as The Girl with the Dragon Tattoo was, The Girl Who Played with Fire obliterated any feelings of contempt towards it. Needless to say, I was enthralled by the second Millennium instalment and I hope you were too. I cannot wait to sink my teeth into the third, and now possibly the FOURTH. However, I don’t know how pushed I am about someone continuing a series after the author’s death (I must look into that – any thoughts?). Please take this post as a tribute to Stieg Larsson, who has become one of the most sensational crime thriller writers of our time, unaffected by fame and money, he has given us raw talent, let his legacy live on for decades to come.

To any of you who is basking in the afterglow of one of Larssons great thrillers, half a decade after the rest of the world like me, Please leave a comment or send me a message with your thoughts, I would LOVE to hear what you think about it!

I am always on the look out for new books so please, Online Literary World – any suggestions? It took me five years to pick up this trilogy and for the life of me I don’t know why so it’s safe to say I REALLY need your help!

Next up is The Little Coffee Shop of Kabul  by Deborah Rodriguez, stay tuned!

20 thoughts on “Millenium || The Girl Who Played with Fire” 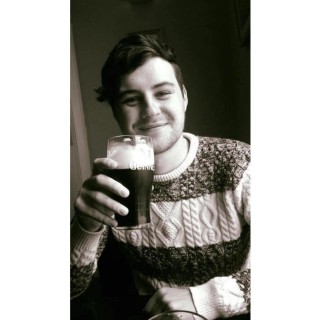